It's Going To Be a G'Day For Inverness 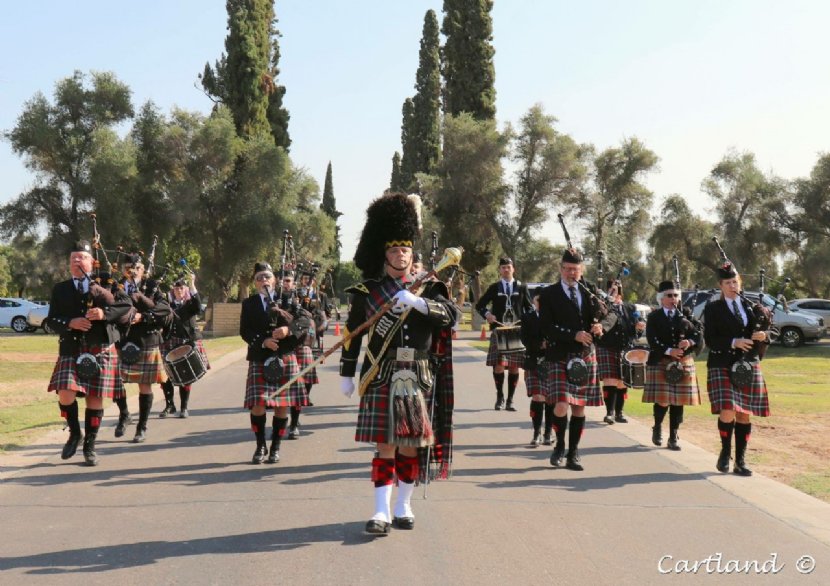 IT’S GOING TO BE A ‘G’DAY’ FOR INVERNESS

AS EIGHT AUSTRALIAN BANDS SIGN UP FOR PIPING INVERNESS

Piping Inverness takes place next month, with over 140 bands competing, including eight Pipe Bands from Australia, one from the USA, and one from Switzerland.

Piping Inverness encompasses the European Pipe Band Championships, which are expected to attract 4,000 pipers and drummers and dancers to Inverness’ Bught Park on Saturday 29th June.

Entries have exceeded expectations, with the bands travelling from as far afield as Melbourne in Australia, whilst closer to home, pipe bands are coming from Inverness, Ross and Cromarty, Dornoch, and Skye. Thirty-four Juvenile Bands have also entered, with some of the pipers as young as nine participating in this much coveted competition.

The European Pipe Band Championships are a one-day competition, with bands and Drum Majors competing in nine categories. The Champions will be the winning Grade One band.

“We’re delighted that so many bands have entered the European Pipe Band Championships as part of Piping Inverness, and with 12 Grade One bands taking part this year, it’s set to be a tightly fought competition. Good luck to all the competitors!”

Piping Inverness also features a Highland Dancing competition, live entertainment and activities for all ages, including the 4 Scots and 7 Scots Regular and Reserve Regiment’s climbing wall, inflatable assault course as well as their military vehicles to view. Highlife Highland will also be joining the event, bringing its mobile library, archive centre as well as fitness equipment and musical instruments to try. A food and drink village will sell a variety of local produce, and the craft and retail village will stock a range of Highland goods including kilts, tartan napkins, jewellery and canvas art, making it a fun-filled day for all the family to enjoy.

“Piping Inverness, which incorporates the European Pipe Band Championships, is proving exceptionally popular with bands travelling from around the world, and visitors coming from near and far to enjoy what will be a superb pipe band competition.

“To have eight bands travelling from Australia and 12 Grade One Pipe Bands competing reinforces the popularity of the Championships, but also the appeal of Inverness as it plays host to the event for the first time.”

“We’ve lots planned in addition to the official Championships. There will also be Highland Dance competitions, and we’re pleased to have Highlife Highland and the 4 Scots and 7 Scots Regular and Reserve Regiment supporting the event, by offering activities for all ages. It will be a great fun-filled family day out, and we hope you will come and join us.”

Tickets for Piping Inverness are available to purchase from: www.pipinginverness.com.

1. Picture caption: Entries for Piping Inverness have exceeded expectations with entrants coming from around the world.

2. The European Pipe Band Championships will take place on 29th June 2019 at Inverness’ Bught Park under the banner ‘Piping Inverness’.

The one-day event is expected to attract over four thousand pipers and drummers to compete across a number of Grades, and 20,000 visitors.

Over 140 bands are expected to compete for the prestigious title of European Champions, which is judged by the Royal Scottish Pipe Band Association (RSPBA). Last year, bands from around the UK, Eire, Denmark and Australia attended along with 33 Drum Majors and a number of junior bands (Grade Juvenile).

There will also be a Highland Dance competition as well as traditional craft stalls, live entertainment and food and drink outlets, which all combine to make this a fun-filled family event.

Piping Inverness is being organised by local event specialist LCC Live, following a successful bid to the Royal Scottish Pipe Band Association (RSPBA). It will host the event for a further two years (2020 and 2021), after June’s Championships, and bring about a multi-million-pound boost to the local economy each year.